(We don't want to offend anyone with a sensitive nature so please be aware that the Australian slang page contains some swear words.) 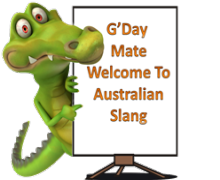 Australian slang has a unique flavour to it ..... Strewth mate, fair dinkum you might say!

English is the main language of Australia but for the first time visitor or uninitiated you could be forgiven for thinking you'd come across an entirely new language.

Then, of course, you have the Australian accent to contend with; most of us don't even think we've got an accent but enough people from overseas have told us we do so obviously we must have one (I suppose everyone feels like they don't have an accent).

Of course some Australian slang comes from other parts of the world, in particular England and Ireland from the convicts transported to Australia in the time of European settlement, but sometimes it can now mean something completely different here than it does over there; so it might have started out meaning a certain thing in good ol' blighty but it's grown into something totally different here.

Most of us, even in large cosmopolitan cities speak a lot of Australian slang which can be very confusing for some visitors.

Understanding the different types of Australian slang and how to learn them will help you to start speaking like an "Aussie".

There are so many examples of slang found in everyday speech that we hardly know where to begin, so we'll give you just a few of the most common.

To put them all together; G'day mate 'ow ya going, look I spoke to the blokes and it's no worries about doing that job for ya tomorrow and don't worry we'll be fair dinkum about everything! Cheers mate see ya tomorrow.

Australian slang also consists of shortened words or altered word endings too because Aussie's love to do that. 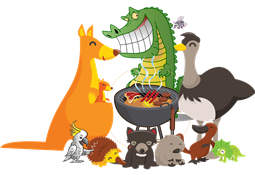 There's a few sayings that come under the heading "You know you're Australian if".... This is one of them below

Dazza and Shazza played Acca Dacca on the way to Macca'a.

Translation Darren and Sharon played (on the stereo or ipod) AC/DC (the rock group) in the car on the way to McDonalds.

Australian slang has quite a few opposites in it too; we use these to describe people sometimes.

Then there's rhyming Australian slang. This is where words are substituted in a way so that they rhyme with the correct word, even though to a non speaking Australian the words themselves bear no relation to what is being said. 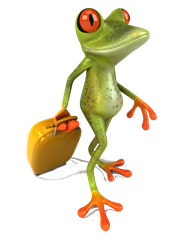 Some examples of rhyming Australian slang.

And there are lots of phrases or idioms which have a totally different meaning to what's actually being said or what you think something should mean.

A few of the more common ones you might hear include. 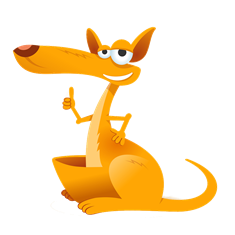 To put them together; "Fair suck of the sav mate you're obviously trying to have a lend of me or ya think I'm not the full quid this is a pub so ya gotta serve beers here and I've come from Oona Woop Woop so I'm as dry as a dead dingo's donger and I want a nice cold one now!"

Then, of course, there's the intonation used with Australian slang. Depending on how a word is said can carry its whole meaning.

There are so many ways that one word can be used in different ways with different tones and sometimes it can be very subtle so not easy for a lot of visitors to distinguish what is meant by it. 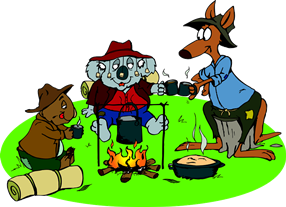 Now some of the other words and sayings in Australian slang that may confuse you include. 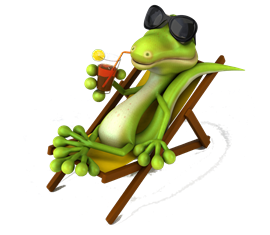 It can be quite difficult to learn Australian slang. The best way, of course, is to spend some time in Australia and pick it up as you go.

But you might want to give yourself a bit of a jump start before you wade into Aussie lingo cold mate and buy an Australian slang book; there are a number of books you can buy that will help you get your head around Aussie slang before you have to tackle it yourself.

buying books online is usually a lot cheaper and easier than going out into the shops and trying to hunt down what you're looking for, plus they're usually delivered within a few days right to your door.

And why not make a special note of any words and phrases that will be most useful to you.

When you get here you could try writing the words or expressions down that you don't get and just make a note about the context in which you heard it, that'll give you a clue about the meaning.

You can always ask an Aussie, just to see if you have the expression written correctly and whether it is a polite expression to use, which could save you some embarrassment later.

Anyway give it a burl, hang on in there and before you know it, you'll be using Australian slang like a fair dinkum Aussie, I'll give you the drum.

Return to Travel To Australia Guide