Funny Drunk Stories
From The Bush

A couple of funny drunk stories about Malcolm, a unique bush character.

When Malcolm would come to town from one of the stations (he used to do odd jobs to earn the money so he could get plastered) he would drink himself into total oblivion and then stagger out the back of Barney's Pub and fall face down on an old wire sprung bed with a lumpy mattress on it and sleep to at least noon the next day and get up and wander back to the front bar and start all over again.

Our Dad and couple of mates decided to play a joke on Malcolm, so they waited until he was out cold and loaded him up, bed and all, on a flat tray ute (utility vehicle) and they drove him about five to six miles out of town and placed him in the middle of a claypan (a large flat dirt area) they then hid behind a cluster of trees with some binoculars to sit and wait for Malcolm to come around.

When the sun was well over the horizon and the heat made him stir he apparently sat up, looked around trying to figure out where the hell the pub had gone.

He started freaking out and staggering around and the jokers hiding in the trees had to come to his rescue, they took him back to Barney's Pub and shouted him a few stiff drinks, which he surely needed.

By the by it did not stop him drinking. 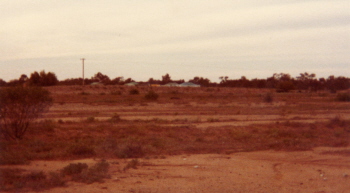 Again Malcolm was a good source of humour and when the yarns came out at the country gatherings he was quite often the main character of the numerous funny drunk stories.

Malcolm had a very low opinion of himself and felt nobody had any respect for him and would get very melancholy when he had a few drinks under his belt, which as mentioned above, was on a regular basis.

He would wander around the thriving hub of the town centre (which on a busy day, when the Flying Doctor came to town would be at most about 150 people) and confide in people that he was (and we quote) "just arse paper, arse paper Malcolm, yep just call me arse paper Malcolm!"

We as Australians have a weird sense of humour and he was affectionately known as "Arse Paper Malcolm." 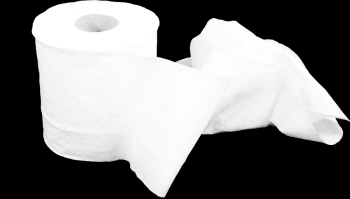