A Couple Of
Funny Pet Stories

All of our family members have some funny pet stories they recall from our time in the Australian outback.

These funny pet stories are from my sister, Suzie

When I was a kid of about 6 we moved to a place called Hamilton Gate on the border fence (the wild dog fence).

I recall quite a few very funny stories that occurred during our time there. These are two of my favourites.

At that stage there were four of us kids, Maurice (my elder brother), myself, Rodney and Iain who was just a baby in arms. 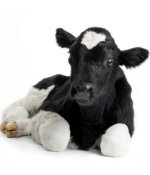 When we arrived to set up home the previous tenants had left some of their pets, namely a big fat shiny "poddy" steer (the name given to a bottle raised male cow) He was a huge creature, and very friendly.

We discovered much to Mother's fury, the reason his coat was so shiny was he loved to eat the velvet soap (used for clothes washing).

The laundry was quite a distance from the main house and half way in between the laundry and house there was an artesian bore which used to run constantly with very warm salty water.

The steer would bash the laundry door in and eat great quantities of the velvet soap he'd then go to the bore and drink equal quantities of the hot water, after this he would walk around the yard blowing great big bubbles whilst belching!

We as children thought it was very funny and would encourage him to eat the soap so he could blow the bubbles. Mother not so! She had to resort to hiding the soap in areas that the steer could not find it. 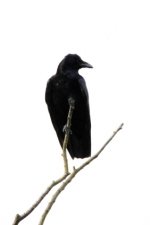 The other animal that was also part of the package was a black crow.

The crow spent its life squawking and waiting for mother to peg the washed clean clothes on the outside line.

The only pegs that were available at the time were very simple wooden pegs, without springs, that were pushed over the wet clothes to hold them (not very securely) onto the line.

The crow would wait and once mother had pegged out the clothes and gone inside he would proceed to pull all the pegs off the washing and the clothes would land in the red dust underneath the line.

We as children thought the crow was pretty smart and would wait for it to do its' dirty deed.

Mother, who was a red head and might I say had a very short temper, would get her 22 single shot rifle and take pot shots at the crow sitting on the fence.

She always said after the crow removed the pegs it would sit on the side fence and laugh at her!

Mother must have winged it with a shot or got too close for comfort one day because it disappeared.

Some weeks later Dad reported to Mother that the next door neighbour (who lived 25 km away) asked if we were missing a crow who had the outrageous habit of pulling the pegs out of the clothes on the clothes line.

I remember Dad being threaten with something worse than death if he admitted it had come from our house.