I've been to the Australian Capital Territory numerous times throughout my life.

My sister and I went there quite often because our mother lived there for years.

The first time I went to Canberra I was in my teens and travelling all over Oz, but that was a long time before mum moved there.

My sister and I did quite a bit of sightseeing throughout Canberra and the ACT the times we were there; Lake Burley Griffin is amazing and we loved visiting places like the National Gallery, the Old and New Parliament Houses and, of course, the War Memorial because our dad was a returned serviceman so that meant a lot to us but when all the gorgeous flowers and trees are blooming in spring is when Canberra truly comes alive with beauty and colour.

The video contains all the facts and information about the ACT and Canberra. 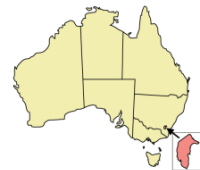 The capital of the ACT is Canberra, which is also our Nation's capital.

Although not one of the Australian states but an Australian territory, I have, naturally, included the ACT here.

The idea of the ACT originated during the federal conventions of the late 1800s as a neutral location for a new National Capital, but it wasn't until 1908 that the location was decided.

The Australian state of New South Wales transferred the territory to the Commonwealth in 1911, and an international competition was held to decide who would design the Nations Capital. American architect Walter Burley Griffin won the competition, and construction of the capital, Canberra, began in 1913.

One of the little known Australian Capital Territory facts is once part of the ACT was The Jervis Bay Territory, which is situated about 150 kilometres south of Sydney, on the southern coast of New South Wales and is around 72 square kilometres in area. It was bought by the Commonwealth Government in 1915 from New South Wales so the Federal capital would have access to the sea. When the ACT achieved self government in 1989 Jervis Bay became a separate territory, although it remains part of Canberra for federal electoral purposes.

The location of the National Capital was basically a compromise between the two rival cities of Sydney and Melbourne.

The ACT was called the Federal Capital Territory until 1938.

The Australian Capital Territory is the 7th (or second least) most populated Australian state or territory with about 336,400 people living there, the vast majority of these live and work in Canberra, only around 1000 people live in any other part of the territory.

The ACT is certainly worth a visit just to see the unspoilt wilderness and bushland, the Brindabella ranges and Canberra with its national museums, national gallery, the New Parliament House, Lake Burley Griffin and, of course the distinctive Telecom tower.

They play Rugby League in the ACT.

A person from the ACT is called an Australian Capital Territorian.

There really isn't a colloquial term for Australian Capital Territorians except maybe Pollies because Canberra is full of politicians.

All State flags, except the ACT and the NT use the Australian flag, with the State badge on the right hand side.

The ACT Flag has the Southern Cross on a blue background, and the blue and white Coat of Arms of Canberra on a yellow background.

The Australian Capital Territory has no Coat of Arms.

Canberra was granted a Coat of Arms by King George V in 1928.

The ACT motto is - "For the Queen, the Law and the People"

Slogan for the ACT: Nation's Capital or Heart of the Nation. 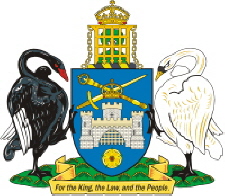 Go to next territory: Northern Territory